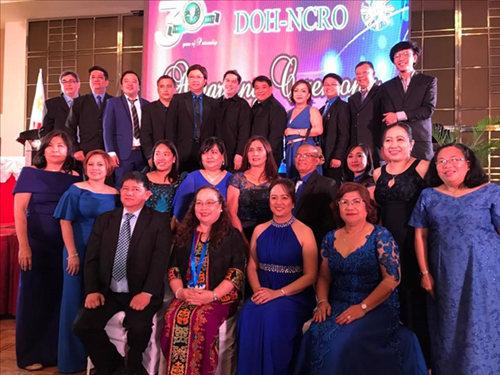 CITY OF MANILA – The Department of Health - National Capital Regional Office recognized the accomplishments of notable local government units in fulfilling the aspirations of the Philippine Health Agenda, through an awarding ceremony held at Century Park Hotel on September 27, 2017.  This prestigious event was held in celebration of the agency’s 30th founding anniversary.

Secretary Ubial likewise acknowledged the many challenges faced by the agency since its founding in 1987. In her message, she stated that “DOH-NCRO stays true to its mission of guaranteeing optimal health for the urban populace particularly the poor and the marginalized, from then until now it has been made possible to the efficient use of available resources and the active intersectoral collaboration with different stakeholders.” Moreover, against these obstacles and other seemingly insurmountable challenges, she concurred that determination and perseverance is the solution. “Every time we fall we should always remember [what] our ultimate goal [is] and the lesson learned: get up and move forward,” she continued.

The health secretary further reminded that despite being a conglomeration of diverse communities, the vision of becoming a global leader in health will be made possible so long as there is a collective effort and positive interaction.