DOH-MMCHD HANDS OVER AMBULANCE UNITS TO CITY OF MANILA 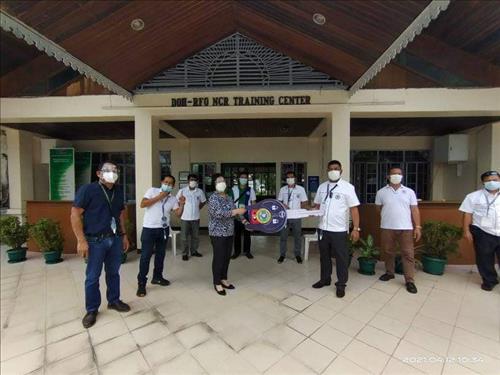 The Department of Health – Metro Manila Center for Health Development (DOH-MMCHD) today formally endorsed to the City of Manila ten (10) units of ambulances for immediate and essential use of the local government unit including its locally-operated hospitals especially during this time of COVID-19 pandemic and surge of cases.

The ambulance units given to Manila are among the 25 units delivered to DOH-MMCHD on February this year. These ambulances were procured by the office thru the Health Facilities Enhancement Program (HFEP) fund as logistics support to LGUs for the improvement of healthcare provision in the barangays, health centers and local hospitals.

Incidentally, earlier during the day, representatives from the City Government of Manila inspected and picked-up the medical equipment and ambulance units at the MMCHD compound where these were temporarily kept safe and transported these items to the City Hall of Manila.