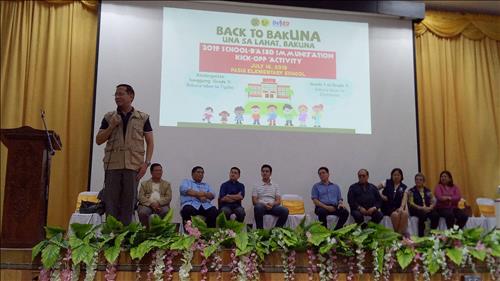 The Department of Health brings the school-based immunization (SBI) campaign to a series of kick-off ceremony.

All the local Chief Executives encouraged parents and caregivers to avail of the free immunization service provided by the government for children and adolescents for greater protection against vaccine preventable diseases.

SBI implementation started June 2019 while actual vaccination using selective strategy in the country and different regions will be until September 2019.