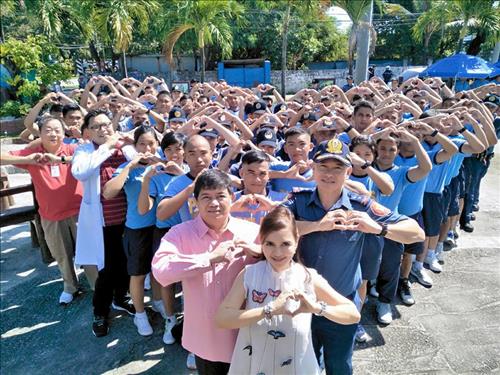 We are faced with an array of positive and negative results of the evident epidemiological shift occurring this generation. It is a fast-paced society, and individuals are almost too immersed in technology and having less priority on fulfilling active and healthy lifestyles. Due to this, non-communicable diseases continue to be the top killers both in the Philippines and worldwide. Of these, hypertension remains to be the leading illness while with diabetes is at par, affecting around 5% of our adult population. These diseases are chronic and irreversible.

In order to address this growing health issue, the Department of Health – National Capital Regional Office (DOH-NCRO) urged the creation of Health Clubs in communities and workplaces last 2017. These focuson the most vulnerable risk groups using two most common and easily detectable clinical manifestations of NCDs: hypertension and diabetes.

Meanwhile, the the Supreme Court of the Philippines, House of Representatives, Philippine National Police – Special Action Force (PNP-SAF), Philippine National Police – Highway Patrol Group (PNP-HPG), Armed Forces of the Philippines (AFP), Metro Manila Development Authority (MMDA) and Procurement Service – Department of Budget and Management (PS-DBM) are in the process of organizing their corresponding health clubs. Several other government agencies are scheduled to be oriented this 2018.

As leaders in health, NCRO is persistent in putting new strategies to action in line also with  the Sustainable Development Goals. Campaigns are needed to accelerate case detection of patients with risk factors of illnesses which will most likely be found at the early stages of hypertension and diabetes, that is, before the onset of any damage to target organs. Organizing patients into active health clubs is one of the strategies to ensure continuity of care, raise the effectiveness of lifestyle changes and prevent complications.