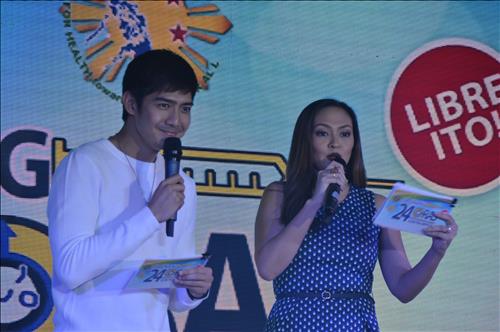 In the Philippines, around 7.3 million adults suffer from Hepatitis B infection based on the reports of the World Health Organization (WHO). This as a major health issue primarily since Hepa B, a liver infection caused by the Hepatitis B virus (HBV), have high chances of leading to serious health problems such as chronic liver disease, cirrhosis and liver cancer. The Department of Health also states that among children who are infected with Hepa-B, more than 90% will most likely suffer from life-long infection.  Conveniently, there is already an existing vaccine which is proven to be 95% effective in preventing possible complications caused HBV.

The event sought to raise awareness on Viral Hepatitis and the importance of vaccination. This was attended by pregnant mothers from the different local government units of Metro Manila. Notable guest speakers of the event consisted of Dr. Gundo Aurel Weiler of WHO, Immediate Past President of the Hepatology Society of the Philippines (HSP) Dr. Ian Homer Cua, President of the Yellow Warriors Society Philippines Mr. Christopher Muñoz, Dr. Lyndon Lee Suy and Dr. Jose Gerard Belimac of the DOH-National Center for Disease Preventions and Control (DOH-NCDPC).

According to the HSP, Hepa B may be transmitted through sharing of razors, toothbrushes, contaminated blood transfusion and/or contact with needles, and having unprotected intercourse with an infected partner. Other than this, an infected pregnant mother may also pass the virus to the child she is carrying. Thus, through the Viral Hepatitis Program, the DOH aims to spread the advocacy in ensuring that all mothers have their babies vaccinated for Hepa B during the first 24 hours of their birth. This shall be followed by succeeding doses of Pentavalent vaccine in the next three months.

Dr. Reinhard Dalumpines, OIC-Division Chief of the Local Health Support Division, delivered a short message to formally open the program. “Viral Hepatitis is a very important and very crucial health problem in our society today,” said Dr. Dalumpines. He also mentioned that the free vaccination program was initially introduced by the agency back in early 2000s, thus making the event a re-launching activity. Camille Prats-Yambao, a celebrity mother, shared an advocacy talk to enlighten her fellow pregnant mothers on the pros of Hepa B vaccinations.

Towards the end, Infectious Disease Prevention and Control (IDPC) Cluster Head Dr. Stanley Roy Carrascal closed the program by acknowledging the guests, as well as congratulating the DOH-NCRO Health Promotion and Media Relations Unit (HPMRU) for organizing the event. To conclude, he reminded the participants to fight Viral Hepatitis by spreading the advocacy and helping to raise awareness.