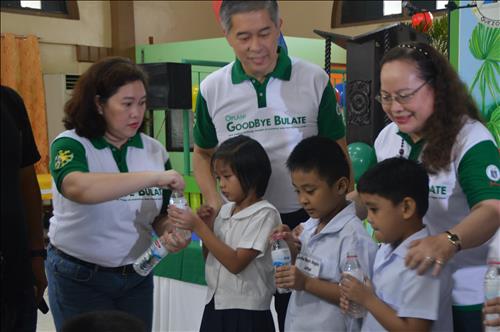 Together with the Department of Education, schools, LGUs and other partners, the activity emphasized the reinforcement of availing free deworming services, maintaining proper hygiene and sanitation to children.

The National Deworming Month is observed twice a year (January and July) towards the goals of DOH to eliminate intestinal parasitism among children. A synchronized schedule of mass drug administration for STH is done in schools and the community.

Soil-transmitted Helminthiasis is considered a public health concern by the health sectors because of its effects on the growth and development of a child. It can cause anemia, malnutrition, weakness, impaired physical and cognitive development.