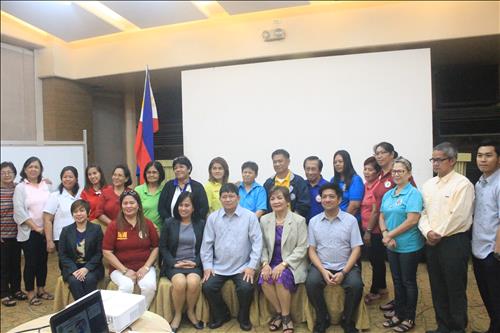 Salvador Nombrado, Yolanda Estabillo, Angelita Tan, Soraya Ladrido, Nemensia Antonio and Glenda Porlaje, meanwhile, were selected as members of the Board of Trustees.

Following the oathtaking ceremony, planning for the 2017 Regional BHW Convention ensued which was a major agenda item during the meeting along with the presentation of an updated roadmap, amendment to SEC Registration, utilization reports, master list and ID issuance.

As the meeting draws to a close, Director Valencia extended his congratulations to all elected BHW officers for this coming term 2017, as well as acknowledged the members for demonstrating a very strong spirit of volunteerism.

He finally encouraged them to remain steadfast in their commitment to transparent public health service by saying, “at the end of the day, sunlight will always be there penetrating every nook. Doon natin masasabi na ‘I am a faithful and good servant’… Binigyan tayo ng opportunity to serve others, and as we serve others, as they say, we change the world.”